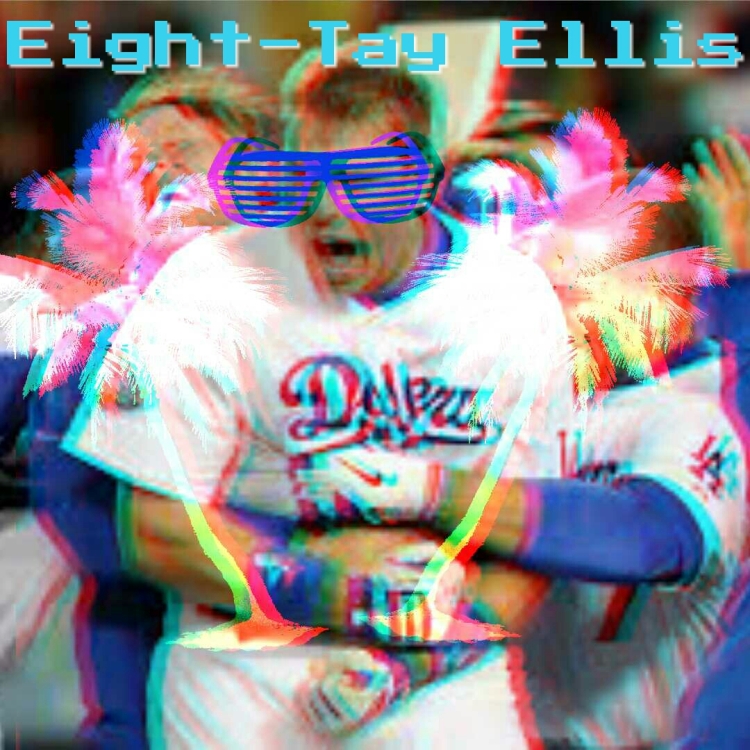 I am an aspiring singer/songwriter/preening rock deity looking for talented musicians to back up my 1980s/A.J. Ellis tribute band: Eight-Tay Ellis (possibly also stylized also 8.J. Ellis). We would mainly be parodying the biggest hits of the 1980s with A.J. Ellis themed lyrics to honor both the greatest decade and catcher of all time.

Here is a sample of some of what I’ve got so far:

Strike After Strike (Parody of Cyndi Lauper’s Time After Time)

I will squat,
I will catch you,
I’ll be framing.
(I WILL BE FRAMING)

Hunger, makes your tummy go boom
A.J. brought the snacks so you better make some room
Jerky: beef, chicken, bacon or turkey
Flavor: plain, jalapeño, ranch, or teriyaki
It’s low in fat so you’ll never gain weight
You better try them all, fill up your plate.

If there is a product, yo, he’ll hawk it
Check out the jerky before A.J. Ellis devours it.

On Deck is 17 (Parody of Stevie Nicks’ Edge of Seventeen)

He was no more
(He was no more)
Than a backup then
Well, he seemed like a starter
Dioner blockin’ him
But the moment
Donnie Baseball
Called on him
All alone out on deck is 17.

To be a part of this project it is imperative that you have a passion for 1980s pop music, the Los Angeles Dodgers and A.J. Ellis. If you like what you’ve seen and that sounds like you send me your demos and let’s party like it’s 1988!

• do NOT contact me with unsolicited services or offers